Are you ready to see the most brazenly raucous, rude, ridiculous – and yet, genuinely heartwarming and thought-provoking – musical to hit Broadway in the last decade? Then prepare for The Book Of Mormon the hilarious story of two Mormon missionaries on a quest to Uganda to convert the natives to Mormonism by the creators of South Park and Avenue Q. It’s absolutely unmissable – if you see only one show this year, this should be it. Choose your showing from the list below and book early to get the best seats.

The Book Of Mormon Tickets:

The idea for The Book Of Mormon was created by Trey Parker and Matt Stone, the minds behind South Park, who had grown up around the The Church of Jesus Christ of Latter-day Saints (LDS Church) and had wanted to put together a musical making light of religious ideology for a while. “The idea was, let’s do the Joseph Smith story as a musical,” Matt Stone explained in an interview. “We pretty quickly realized that wouldn’t make a very good one… so we decided, let’s do a story that talked about Mormonism and let’s set it in today’s world. And then we realized the vessel that most people hear about this stuff is through missionaries, so we could use missionaries as our way to tell the audience what we know about Mormons.” After seeing Avenue Q, they sought out Robert Lopez, who wrote most of the score for the musical, and began to draft out ideas for the new production, working it in around their South Park writing schedule and other commitments. The result was The Book Of Mormon, which made its direct-to-Broadway debut in 2011 – to rave reviews from critics and audiences alike. (The LDS church made a measured response to the musical and purchased advertising space in later runs of its playbill). The show won a jaw-dropping nine Tony Awards, including Best Musical, as well as the much-coveted Grammy Award for Best Musical Theater Album! 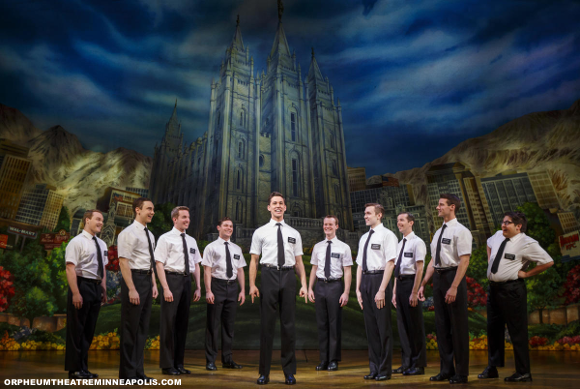 “The genius of the show is that it pokes fun at every sacred cow in sight, while maintaining its sunny spirit, and manages to send you home thinking about the issues raised, having had a gloriously entertaining night. If you’re easily offended, then it’s not the show for you. Otherwise, grab a ticket while you can” – news.com.au

The story focuses on the characters Kevin Price and Elder Arnold, two Mormon missionaries sent to Uganda to preach the religion – but find their efforts somewhat hampered by the fact that the village is more concerned with issues such as poverty, famine, and a warlord with an obsession with genital mutilation. Jokes and self-aware humor abound – the Ugandan natives, for example, are presented in an over-the-top manner that serves to obviously parody the mystical idealism of top Broadway earner The Lion King, the problems faced by the characters are presented with ludicrous exaggeration, and anyone who has ever encountered Mormonism will be very familiar with the tropes used to mock the religion. Despite all this, there’s a warmth and even an affection towards the leading characters that the audience can’t help but develop – a testament to the writer’s skills in presenting their highly atheist views while recognising the humanity and good intentions of their subjects of mockery.

“The Book of Mormon is, above all, very funny, breathing three-dimensional, all-singing, all-dancing life into the absurdities of literal Mormon dogma without ever being particularly mean” – Time Out

The production values of the musical, too, excel – the Ugandan setting is brought to life with excellent costume design by Ann Roth, and sound and lighting by Brian Ronan and Brian MacDevitt. The actors play their roles to perfection, from the earnest Mormon missionaries to the bemused natives to the crazed overruling warlord. As for the music, there’s a reason this musical won a Grammy – The Book Of Mormon is packed full of engaging, catchy, and riotously funny songs that you’ll be humming for days afterwards.

There’s no musical comedy that quite stands up to The Book Of Mormon. Don’t miss out – book your tickets today! 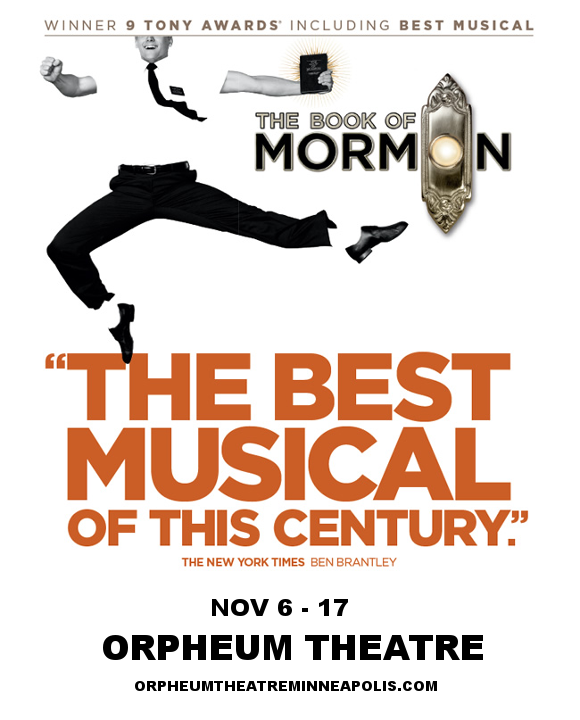