If you’re after an irresistible musical with sweetness, charm, and humor abound, than look no further than the latest adaption of Jerry Herman’s classic Hello, Dolly! Based “The Merchant of Yonkers” by Thornton Wilders. First performed in 1964, this musical about the much-loved, charismatic matchmaker has seen multiple revivals over the years in addition to being turned into a film, making it one of the most enduring Broadway musicals of all time. If you haven’t seen it yet, you’re in for a treat. Choose your show from the list below and book early to get the best seats!!

“The show is a riotous delight. The performance of the title song is an extravagant pleasure of swoops and whirls and high kicks” – The Guardian

The premise of Hello, Dolly!, set in 1835, focuses on the efforts of the bold and brassy Dolly Gallagher Levi, a renowned matchmaker, to find a suitable partner for the wealthy widower Horace Vandergelder. Upon successfully finding a match, she realises that she would rather marry Horace herself, regardless of what he has to say in the matter – resulting in a hilarious and entertaining tale that follows Dolly using her best matchmaking powers to make Horace fall for her in a journey that takes both of them, together with Horace’s niece and fiancee, to the heart of New York City.

Since its first Broadway inception in 1964, Hello, Dolly! has continued to delight, seeing a staggering ten more productions worldwide, including four Broadway revivals, in the years that followed, in addition to a popular feature film adaption. It won an incredible 10 Tony Awards, including Best Musical, holding the record for most Tony Awards won by a musical for an incredible 37 years. The original cast album “Hello, Dolly! An Original Cast Recording” reached the top of the album charts in the first week of its release, to be knocked off the perch by none other than Louis Armstrong with his album “Hello, Dolly!” comprised of songs from the musical. The original album was inducted into the Grammy Hall Of Fame in 2002.

Hello, Dolly! is a lush production in just about every way. The period cosumes are elaborate and impressive, designed by the award-winning Freddy Wittop while the sets perfectly convey a sense of the antiquated. Comfortingly familiar and always extravagant, whether its the lively streets of New York City or the gorgeous interior of one of the character’s mansions, the historical world of Hello, Dolly! is beautifully brought to life with new vigour in the most recent Broadway adaption.

Each of the characters is perfectly fleshed out and memorable, from the befuddles Horace Vandergelder to the scene-stealingly hilarious hat shop assistant Minnie Fay, to, of course, the extravagant and larger-than-life presence of Dolly Gallagher Levi herself. Fantastic choreography by Warren Carlyle pays homage to the original production while modernising it just enough to give it an all new vivacity. And let’s not forget, of course, the music that shot to the top of the charts in its day, won Grammy awards, and inspired Louis Armstrong to record many of the pieces himself! The score is beautifully sung by the incredibly talented actors, and complimented by a stunning full live orchestra. Classic songs like “Half a Sixpence,” “Call On Dolly,” “Love, Look In My Window,” “It Only Takes a Moment,” “Put on Your Sunday Clothes” and of course, the title track, “Hello, Dolly!” are likely to stay stuck in your head for days. 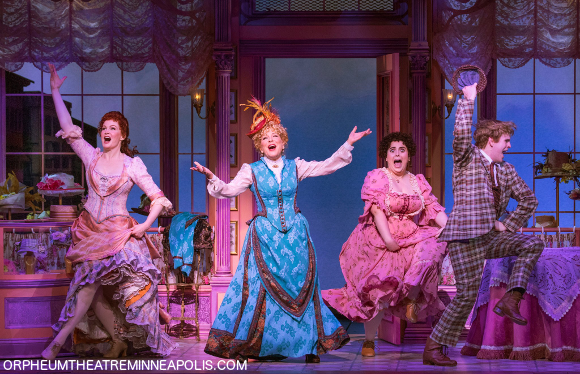 “It’s hard to review this show without mentioning the audience, which is positively besotted with their “Dolly.”  They just don’t make ’em like this, anymore, and we all know it, so standing ovations are very much in order” – Variety

Loveable, heart-warming, and very, very funny, it’s not hard to see why Hello, Dolly! has been loved by generations since its very first performance. Don’t miss out on your chance to see this gem at the Orpheum Theatre Minneapolis – book your tickets online today! 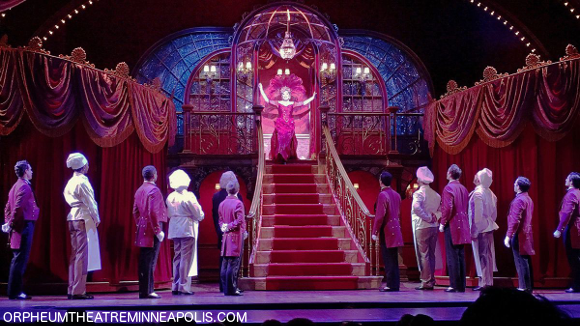 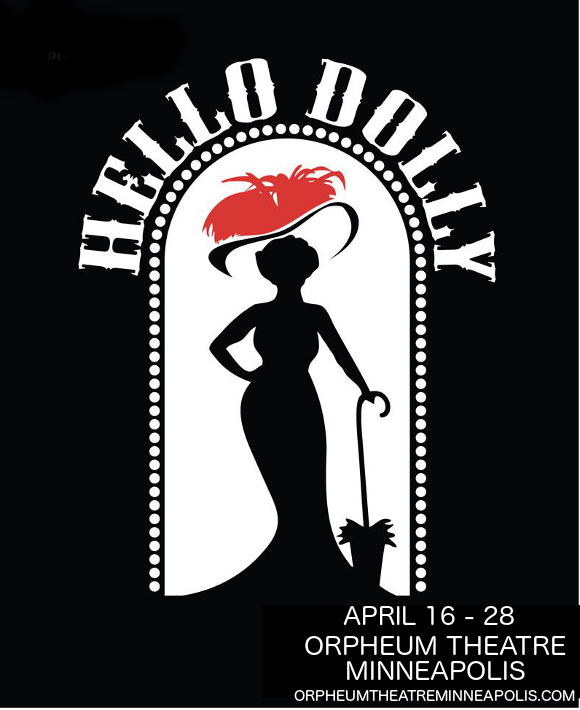