Wow In The World Pop Up Party: Laboratory of Bad Ideas [CANCELLED] Tickets

The number 1 kids podcast, brought to you by Mindy Thomas and Guy Raz, is now live! Wow In The World Pop Up Party: Laboratory of Bad Ideas comes to Orpheum Theatre Minneapolis on Saturday, October 15th 2022 with very special and musical guests, The Pop Ups! Get your tickets, grab your kids and come along for some STEM-themed interactive games infused with comedy skits between science themed songs from the Pop Ups! This highly interactive show will engage curious kids and their grown-ups in science, wonder, and music and leave them all saying "WOW!" 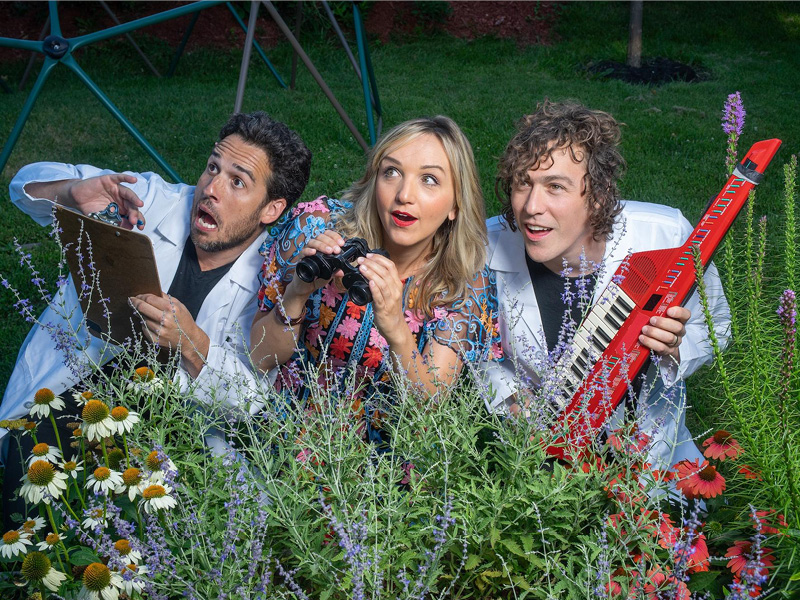 Your hosts for the show, Guy Raz and Mindy Thomas, take you and your kids on a journey away from your screens, inside your brain, out into space, and deep into the coolest new stories in science, technology, and innovation. From its very conception, Wow In The World podcast tapped straight into the thumping vein of modern parenting culture. The science is fresh and fact-checked, the jokes are perfectly timed, with some aimed at parents and some aimed at kids. The podcast reached more than half a million downloads in the first four weeks. Now in its 5th year, it has become the undisputed number 1 kids podcast.

Award-winning journalist, correspondent and radio host Guy Raz is described by The New York Times as "one of the most popular podcasters in history" and his podcasts have a combined monthly audience of 19.2 million downloads, and in 2016 he became the first podcast creator to simultaneously have three shows in the Apple Podcast chart's Top 20 shows.

Cocreator, cohost, and head writer of the award-winning, Wow in the World, and, Two Whats?! and a Wow! podcasts Mindy Thomas is a Gracie award-winning host of the Absolutely Mindy Show. Mindy believes that childhood thrives at the intersection of imagination and curiosity, and finds that her best work does too.