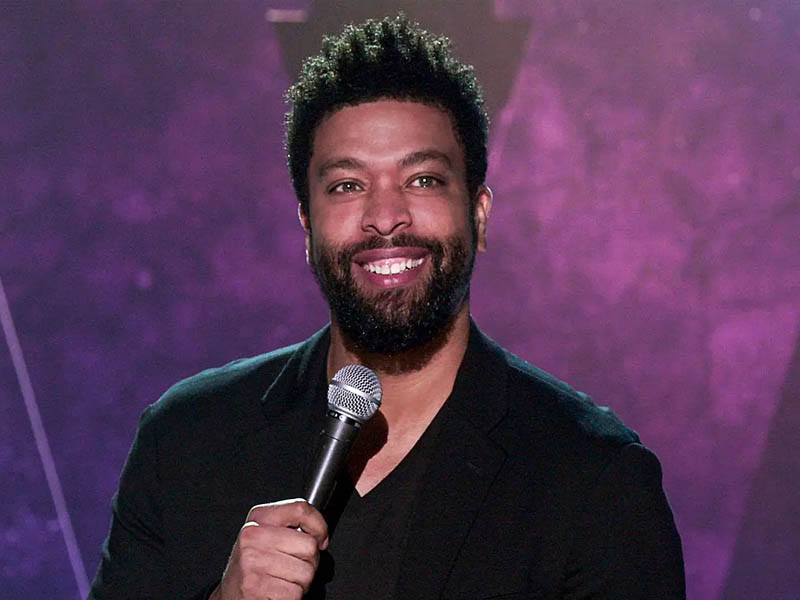 Acclaimed comedian and actor DeRay Davis rose to prominence after winning the Comedy Central Laugh Riots Competition. The Chicago, Illinois, native moved to Los Angeles to pursue his career. He first made his tour appearance by joining Cedric the Entertainer on his national tour. He has also hosted several notable shows, including Mind of a Man from the Game Show Network and Ice Cube’s Hip-Hop Squares. Besides hosting and performing stand-up, Davis has appeared in numerous films and shows, including Semi-Pro, How High 2, 21 Jump Street, Reno 911, BET’s Comic View, Nick Cannon’s Wild ‘N Out, and many more.

Lil Duval, whose real name is Roland Powell, joins the Valentine’s Day Comedy Jam line-up. Like Davis, Duval is a stand-up comedian and actor. He made his TV debut at BET’s comedy competition series, Coming to the Stage. Thanks to his hilarious antics and natural knack for comedy, Lil Duval is a series regular in MTV’s Guy Code and Hip-Hop Squares. Duval has made appearances in BET’s Comic View and joined All-Star Comedy Jam's line-up.

Lastly, seasoned comedian Chico Bean, whose real name is Anthony Jamal Bean, is an actor, comedian, rapper, writer, and producer. Chico Bean is one of the hosts of the popular podcast 85 South Show. He is also a regular on Wild ‘N Out, where he performs improvs and demonstrates his rapping skills. Chico Bean is also co-founder of The Freestyle Funny Comedy Show and made appearances on Nick Cannon’s Fresh Faces of Comedy.

Tickets to see these phenomenal comedians take the stage at the Orpheum Theatre Minneapolis are now available! Score tickets to Valentine's Day Comedy Jam now before it’s too late!