Trevor Noah, the 38-year-old, South African comedian, television host, writer, producer, political commentator, comes to the Orpheum Theatre in Minneapolis on Friday, November 10th, 2023. Grab some tickets for his Off The Record Tour quick, this shows started selling out on the first day, with 18 shows completely sold out. So hurry and don't miss out on the chance to catch live the comedian that The Times gave 5 stars! and called "The Stand-Up Show of The Year!" 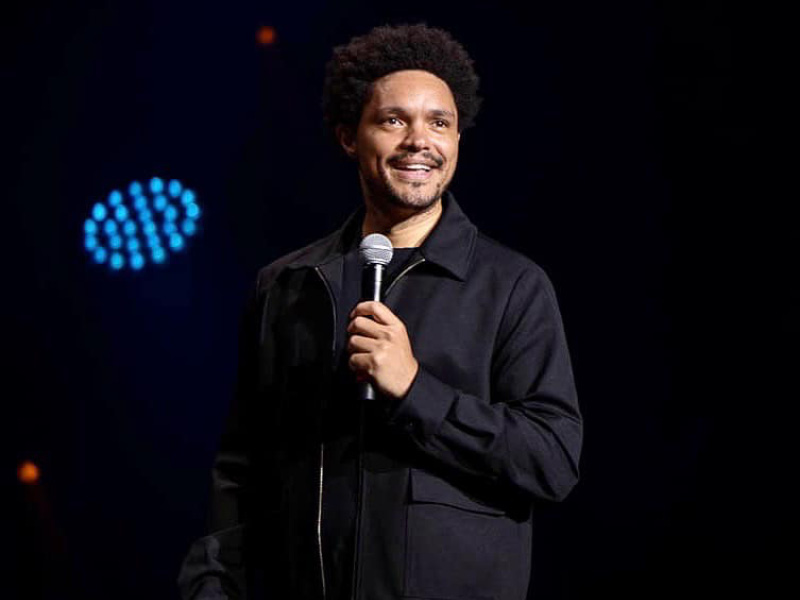 Trevor Noah is a young South African comedian, TV host, writer, producer, political commentator, and actor with a lot of skills.
Trevor Noah has made a lot of progress in his international comedy career in a very short amount of time, and he is only 38 years old!

In 2002, he started his career as a TV talk show host for the South African Broadcasting Corporation. Almost at the same time, he built up his comedy career, winning a number of South African media awards.

Trevor moved to New York City in the United States in 2011 to work for "The Daily Show," a satirical news show on Comedy Central. In 2014, he started shadowing the talk show host at the time, Jon Stewart, and in 2015, he was put in charge of the show. During his time in New York, he was nominated eleven times for the Primetime Emmy Award, which he won. He hosted the 63rd Grammy Awards in 2013 and will do so again in 2022 for the 64th Grammy Awards.