Just as he sang 'I Left My Heart In San Francisco…' decades upon decades ago, this artist is still leaving a lasting imprint in the hearts of the so-called 'MTV generation' and is also reintroduced to the ears of the 'YouTube generation'. The name Tony Bennett is an icon in every sense of the word. Hence, the announcement of his latest concert tour which includes the Orpheum Theatre Minneapolis on Sunday 28th July 2019, is such a welcome treat for his multi-generations of fans. Scratch this off your bucket list. This concert is truly something to experience in this lifetime. Book your tickets now! 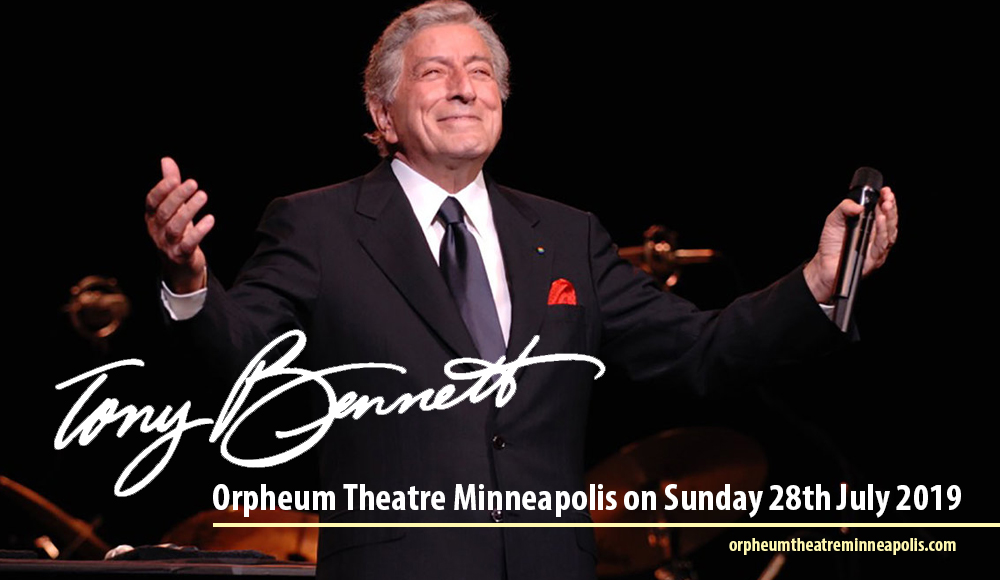 The name Tony Bennett is highly esteemed and one that has commanded respect and adulation from the music industry, his peers, and his multitude of fans. His first number-one charting single "Because of You" in 1951 and equally popular follow-ups such as "Rags to Riches" in early 1953 has established him as a singer of traditional pop standards, big band, show tunes, and jazz. Then this reputation was then carved in stone as he sang his signature song, "I Left My Heart in San Francisco". From there, his stayed true to his sound and style. "I'm not staying contemporary for the big record companies, I don't follow the latest fashions. I never sing a song that's badly written. In the 1920s and '30s, there was a renaissance in music that was the equivalent of the artistic Renaissance. Cole Porter, Johnny Mercer and others just created the best songs that had ever been written. These are classics, and finally they're not being treated as light entertainment. This is classical music.", says Bennett.

From the dawn of the rock and pop music revolution, to the MTV generation, and up to this day of the YouTube generation, Tony Bennett is unshakable. Bennett has won 20 Grammy Awards including a Grammy Lifetime Achievement Award, and has sold over 50 million albums worldwide.