YouTube vlogging duo Cody Ko & Noel Miller, aka Tiny Meat Gang, are headed to Orpheum Theatre Minneapolis on Friday 20th March 2020 for a night of raucous fun! The stars of That's Cringe, and their award-winning Tiny Meat Gang podcast, will be combining their mighty powers of comedy and music as they tear it up on the Global Domination Tour! The twosome, who were signed to Arista Records this year, will be performing singles "Walk Man," "Short Kings Anthem," and "Club Poor," as well as brand new jokes and sketches! 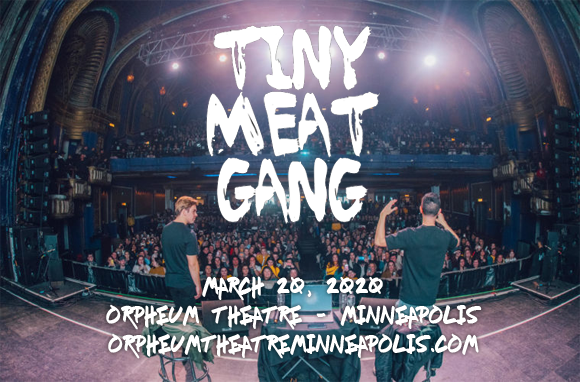 Cody Ko and Noel Miller are a comedy duo, who perform comedy rap songs under the name Tiny Meat Gang. The duo also host a podcast of the same name, as well as a commentary series called That's Cringe. They have been collaborating with each other since 2016, appearing on each other's respective YouTube vlogs, and started the Tiny Meat Gang Podcast (which won best podcast at The Shorty Awardsin 2019) the following year. That year they also released their debut EP, Bangers and Ass, followed by their second EP, Locals Only, the following year. In 2019, they released two singles, "Walk Man" and "Short Kings Anthem" (with Blackbear), and in October, they signed with Arista Records.