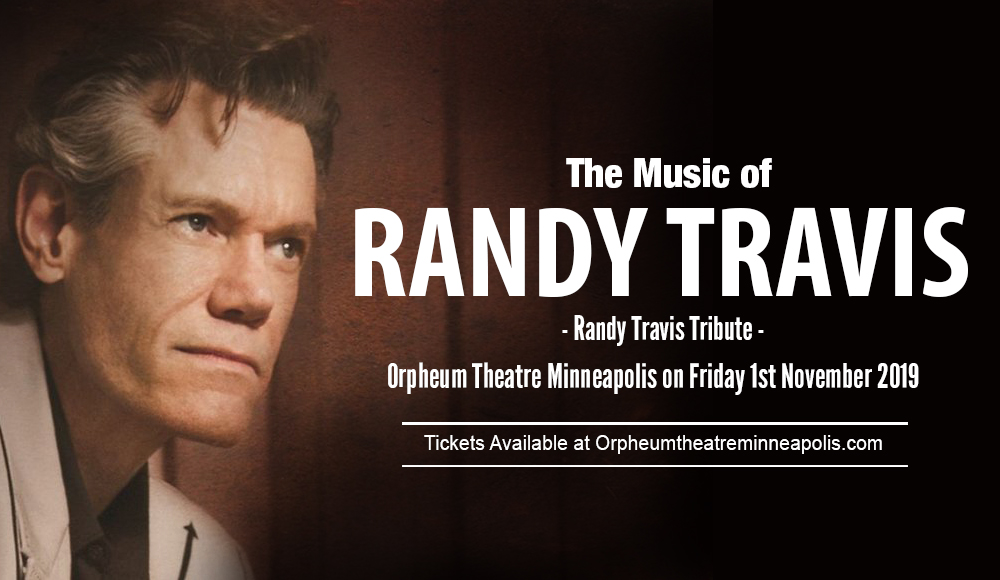 An unfortunate health-related tragedy befell country singer-songwrite, superstar Randy Travis in 2013, that left him unable to speak or sing. Yet with full passion and the resolute intention to make his fans experience his music on the live stage once more, Randy Travis took up the cudgels to bring The Music of Randy Travis tour into fruition. The original Randy Travis band will reunite on the concert stage, along with singer-songwriter James Dupre, taking up lead vocal duties, that would bring to life 16 of Travis' greatest hits.

“[The road] is definitely a place that Randy felt most at home with his fans, and that’s what brings him so much joy…We’re so honored that James Dupre will come and serve as a stand-in. He delivers his music with the same depth and devotion and demeanor as Randy does,” exclaims Travis' wife, Mary.

Dupre will perform onstage before the presence of Randy and Mary, seated behind him. He shares the thrill and honor of being part of the trek. “The world was stripped of Randy’s iconic voice and I think it’s still important for people to go out and hear his music and see him. I’m honored to be the one to be able to be a part of that.”

A legendary concert star doing a remarkable career milestone. Don't miss the chance to be part of this. Book your tickets now!