Bring the heat to your freezing cold night this January 19 by immersing in the rib-tickling comedy show of Taylor Tomlinson at the Orpheum Theatre Minneapolis. The 28-year-old comedian will deliver a two-hour stand-up comedy special that will surely make the entire venue roar in laughter. Tomlinson's honest yet funny rants about relationships, sex, families, marriage, and almost everything and anything under the sun will make you laugh until your stomach hurts. You are in for a treat this Thursday night because once this woman picks up the microphone, she will truly own the stage. Thus, buckle up for one hilarious comedy ride. So reserve your tickets now to secure your seats in the venue. Click the "Get Tickets" link for a safe and fast transaction. 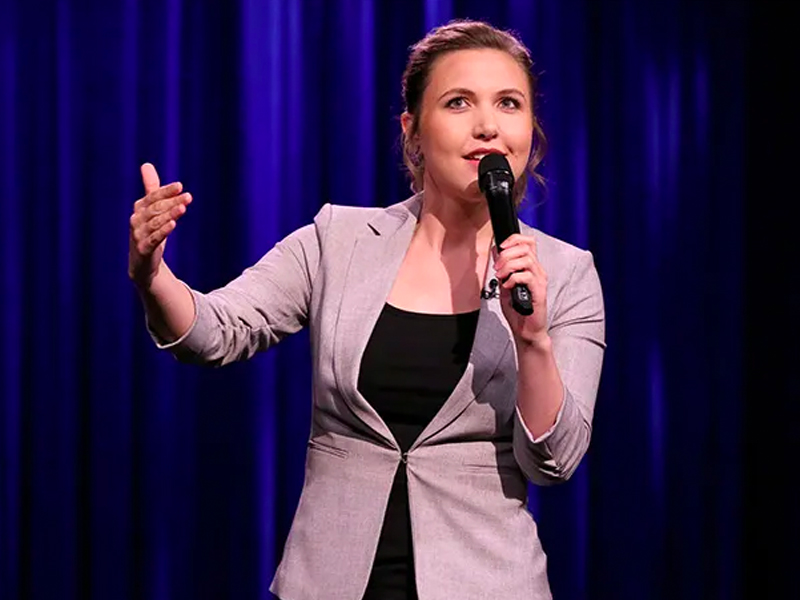 The charisma and offbeat humor of Taylor Tomlinson have made her one of the sought-after female comedians in recent years. She is known for her comedic acts that frequently poke fun at the stresses and strains of modern living. Her successful stand-up specials can be directly attributed to her unique brand of comedy. At age 28, she has established herself as a leading figure in modern comics.

Starting comedy at the young age of 16, Tomlinson already knew that a career in stand-up comedy was what she always wanted. She started performing in places like church basements, schools, and coffee shops before becoming a full-time comic. In 2015, the naturally-witted young woman got her big break when she placed in the top 10 of NBC's "Last Comic Standing." She had a 15-minute set on an episode of Netflix's "The Comedy Lineup" in 2018 and was hailed as one of the "Top 10 Comics to Watch" by Variety the following year. She had her first comedy special, "Quarter-Life Crisis," released in 2020, and her second, "Look at You," was released in 2022. Forbes recognized her as a rising star by including her in their "30 Under 30" list in December 2021. She also has a podcast, "Sad in the City," that complements her stand-up shows.

This year, the 28-year-old Orange County native will embark on a tour all over the country. Dubbed "Have it All," Tomlinson's tour will stop at Orpheum Theatre Minneapolis on January 19, 2023. Get your tickets and schedules marked off because this is a comedy show you wouldn't want to miss.