An ancient heritage lost, is found once more, as Shen Yun Performing Arts presents, China Before communism at Orpheum Theatre Minneapolis on Saturday, December 4th, 2021. Come and explore the rich heritage of a nation that almost disappeared. Experience a lost culture through the incredible art of classical Chinese dance, and see legends come to life, from the divinely inspired ancient culture of China. After a decade of performing around the world to sold-out audiences everywhere, Shen Yun has brought this great civilization back from the brink of extinction. Come and re-live ancient China like never before. 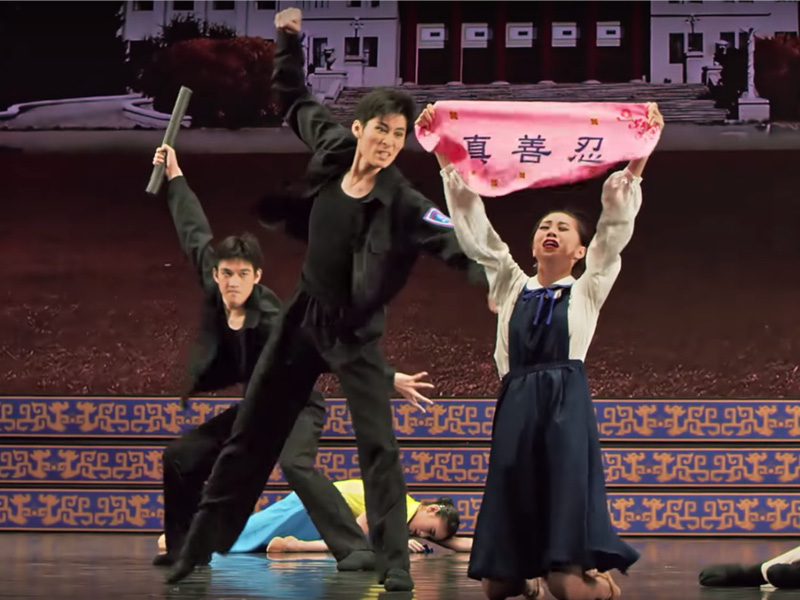 Scenes of celestial palaces, of the Creator coming down to set into motion 5,000 years of civilization, of divine beings coming to the aid of the good and faithful, of human beings from history to modern-day grappling with these deep questions relating to the purpose of life—all of these become a living work of art rendered in expressive dance, brilliant costumes, and a digital backdrop that extends the screen into the cosmos. Shen Yun brings together the kind of brilliance in imagination and mastery of skill and technique that is required to form a masterpiece.

Shen Yun Performing Arts come and experience the magic of 5000 years of civilization reborn in dance and musical symphony. Shen Yun truly is “the beauty of divine beings dancing” performances prominently feature classical Chinese dance and folk dances from many Asian ethnicities, which are accompanied by a live orchestra composed of both Western and Chinese instruments. Dance performances have received praise for their artistic excellence, perfectly synchronized dancing, and uplifting family-friendly presentation.

In 2006, a group of Chinese artists came together in New York with a vision, to revive the best of China’s cultural heritage and share it with the world. Drawing courage and inspiration from their practice of Falun Dafa, and including important works that shed a light on the plight of people like them in communist China today. The traditional Chinese culture Shen Yun presents cannot be seen anywhere else in the world, not even in China. There, the ruling communist regime has viewed China’s rich spiritual and artistic heritage as a threat to its ideology and for decades tried to erase it.