Rock legend and one of the greatest voices of all time, Robert Plant comes to Orpheum Theatre Minneapolis on Thursday 22nd February 2018 on his Carry Fire Tour! The Led Zeppelin singer will be performing songs from his new album, which features a stunning duet with Pretenders singer Chrissie Hynde! Tickets available now! 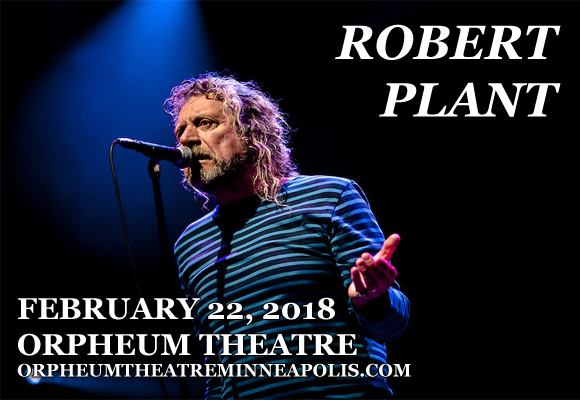 One of the greatest vocalists in the history of rock and roll, Led Zepplin singer and frontman, and successful solo artist, Robert Plant first began his musical career in the mid-1960s, singing with various bands. Through meeting John Bonham, Led Zeppelin was formed, and the band released their eponymous debut album in 1969, kickstarting the heavy metal movement. After the death of Bonham in 1980, Led Zeppelin disbanded and Plant went on to pursue a solo career. To date, he has released eleven studio albums, two compilation albums, three video albums, four collaborative albums and 42 singles.