No frills. Just pure soul. Maze And Frankie Beverly need no bells and whistles to grab everyone's attention. The moment they tap on the beat, flow with the rhythm and bare their soul, the audience is in awe. Maze And Frankie Beverly are 40 years strong and still at the top of their game. Nothing has changed except, like fine wine, they get better in time. And yes, they're still flowing and touring like it's 1975! Maze And Frankie Beverly are doing their concert rounds and doing a one-night-only engagement at the Orpheum Theatre Minneapolis on Saturday 14th September 2019. Get your fix of RnB, soul, and funk music from one of the packs that started it all. Lock-in this date to book your tickets now! 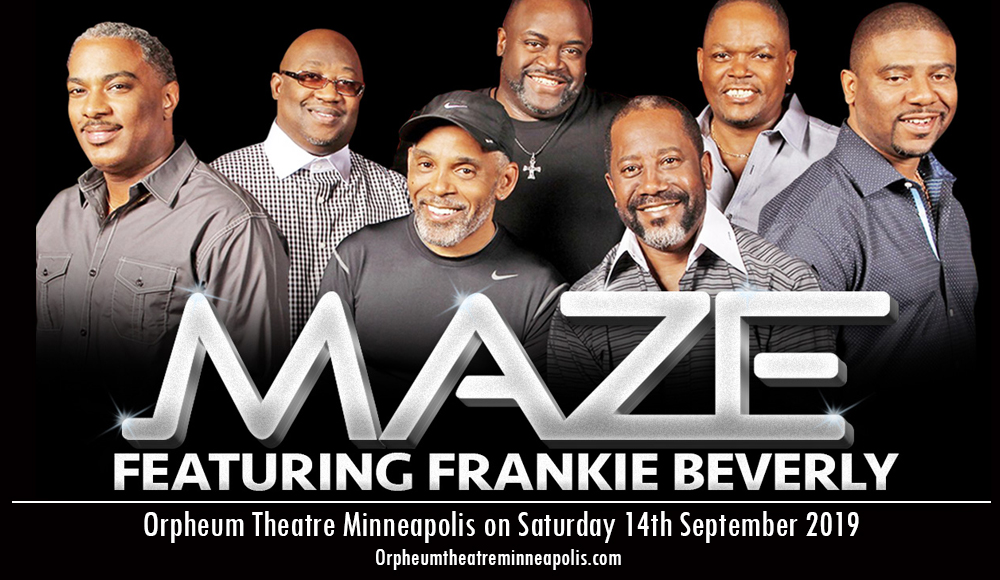 For an upstart vocal group to be personally picked by the late great Marvin Gaye to join his tour as an opening act says a lot about the group's potential for stardom. That was forty years ago. Now Maze And Frankie Beverly are still taking their act on the road but this time, as penultimate headliners –stars of their own show with legions of dedicated fans in tow. Maze And Frankie Beverly hit the scene in 1977 and unleashed a string of hits over the years which include “Happy Feelings,” “Lady of Magic,” “While I’m Alone” and “Workin’ Together.” And the soul classics continued with “Golden Time Of Day,” “Southern Girl,” “Joy and Pain,” “We Are One,” “Running Away,” “Back In Stride,” “Can’t Get Over You,” “Silky Soul” and “The Morning After.”

Maze And Frankie Beverly could've rested on their laurels of hit records, but they chose to pay it forward to their fans by breathing life into the hits on the live concert stage. “They know what they are going to get with us,” says Beverly of the group’s audiences. “They trust us as musicians. You’ve got to be a good live act. You’ve got to know how to entertain. It goes beyond having hit records. You have to know how to present the music on stage.”