His career has gone through many so seasons. Yet he's still very much around bringing together music lovers from multi-generations, despite the changing musical tastes and seasons. Frankie Valli & The Four Seasons has always been a household name from the baby boomers down to the Gen-Xers, and now among millennials who had the chance to catch the theatre run of the hit musical Jersey Boys. Said to be in his farewell tour, Frankie Valli & The Four Seasons are still on their musical journey–performing in various stages around the country. Well, 'tis the season to rejoice as Frankie Valli & The Four Seasons are taking center stage at the Orpheum Theatre Minneapolis on Thursday 26th September 2019. This is something that the whole family will enjoy, with hits that every generation can sing-along to. Head on quickly to the section on this page where it says 'buy tickets'. With just a few easy clicks, you'll be all set to experience a night to remember. Book your tickets now! 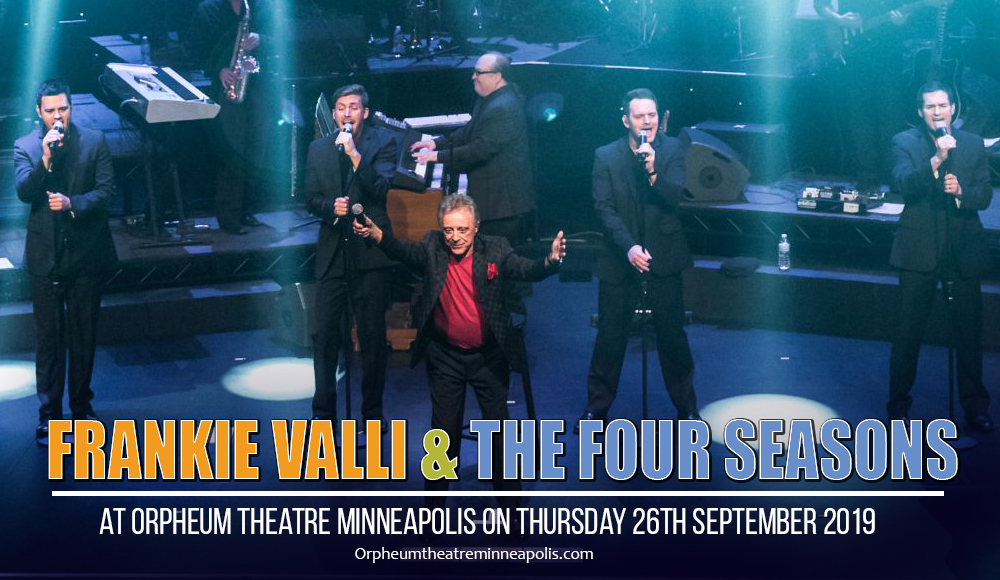 You definitely can't take your eyes and your ears off this charismatic certified hitmakers. They are none other than Frankie Valli & The Four Seasons. Said to be on their farewell tour, which will last until…but there's really no expiration date for the timeless, everlasting hits they released over the years. Frankie Valli is an icon in every sense of the word.

Frankie Valli & The Four Seasons' line-up of hit singles alone speak in volumes as to why they were inducted into the Rock and Roll Hall of Fame in 1990, and joined the Vocal Group Hall of Fame in 1999. The titles of the songs alone induce earworm, humming, and sing-along syndromes. Mere mention of their name is synonymous to the citation as one of the best-selling musical groups of all time, with an estimated 100 million records sold worldwide.

Get into that sing-along mode with the rest of your family and friends. A must-see concert for everyone!