Fans of David Byrne and the Talking Heads, we’ve got some exciting news for you!! The veteran 80s pop-rock musician is back with his first album in 14 years, and he’s taking it on a HUGE North American tour!! That’s right, it’s time to catch David Byrne LIVE on the first of two nights at the Orpheum Theatre Minneapolis on Thursday 17th May 2018 – you can’t afford to miss it!! Tickets on sale NOW – don’t delay in getting yours! 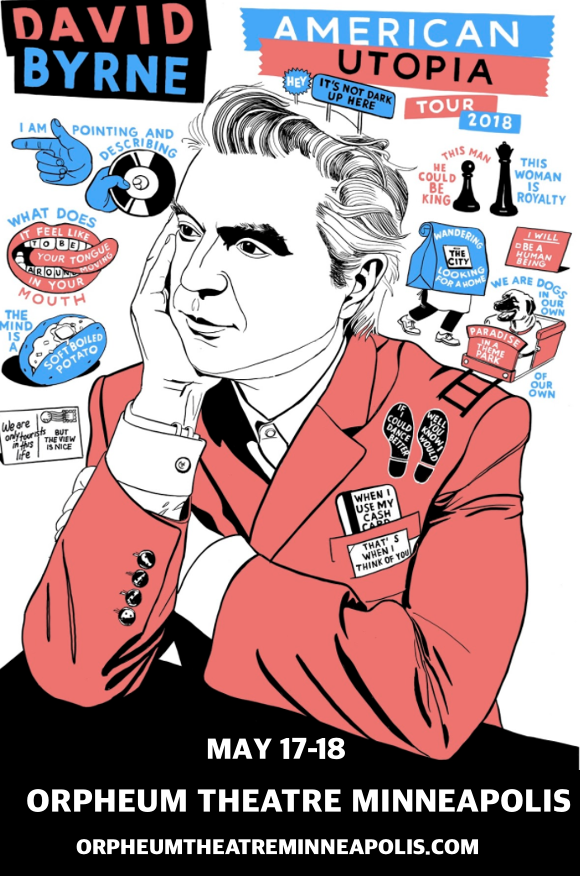 Former frontman of the phenomenally successful new wave band the Talking Heads, David Byrne had a huge influence upon popular music in the 80s, helping to pioneer the new wave genre with his uniquely creative vision, blending elements of various genres to create an entirely new sound that has inspired countless artists since.

David Byrne’s latest album, “American Utopia,” is an unusual work thematically speaking, providing humorous observations of the state of the world as Byrne, now officially an American, sees it. “It always seems completely natural to me because it’s me,” Byrne said, unapologetically frank. “I’ve had enough people tell me that it’s not completely typical that I know, oh, OK, to some people this might seem a little odd. But then often I feel like no, I’m just giving you an objective description of what’s in front of me. What’s so odd about that?”

Odd or not, fans love it. Get ready to experience it all live – get your David Byrne tickets NOW while they last!!