If you feel like you're in a dark place or feeling weary from the humdrum of everyday life, follow the music leading to a serene respite for the soul…Amos Lee is taking you to "Dreamland", his up-and-coming tour in support of his seventh studio album of the same title. This soul, folk, rock singer-songwriter has recently dropped a lilting and soulful tune titled “Shoulda Known Better”, serving as the album's lead single. Part of the extensive 2022 "Dreamland" tour dates is a stop at the Orpheum Theatre Minneapolis on Sunday 24th April 2022. Step into the light as Amos Lee illuminate the stage and soothe your spirits with song. No need to step out, just click on the 'Get Tickets' link to book your tickets now! 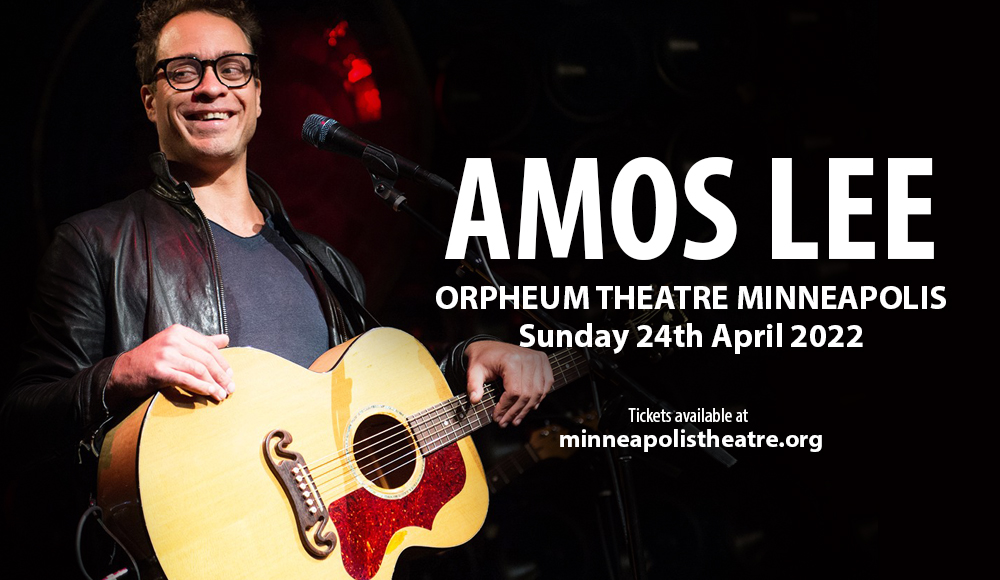 To be 'ear picked by no less than Norah Jones and Bob Dylan's manager to be their opening act in their respective tours speak volumes of Amos Lee's caliber of talent as a singer-songwriter-musician. This once elementary school teacher and part-time bartender pursued his passion for performing music and songwriting. In 2005, he released his first self-titled solo album, "Amos Lee" which included vocals and instrumentation by Norah Jones. The album crept up the charts and peaked at No. 2 on the Billboard Top Heatseekers chart, and with Rolling Stone naming him as one of the "Top 10 Artists to Watch."

Amos Lee's music has been featured in a number of movie and TV soundtracks in the hit TV medical drama series "Grey's Anatomy" and in the film "Just Like Heaven." Lee has released six albums to date, and with his seventh, "Dreamland", due for release in February 2022. Lee is a passionate advocate of mental health and wellness, so his music serves as a platform for him to connect with audiences and bring them a glimmer of hope and assurance.

“I’ve had a lot of episodes with anxiety in my life and now I feel much more equipped to handle them, partly because my family and friends have always been so supportive of me…thinking about healing in terms of our personal relationship to the people and the world around us. Over the course of my life I’ve come to understand that music is my bridge to other people. I have no idea what the waters are like below that bridge—it might be lava for all I know—but music allows me to float over the whole thing and connect."

A trip to "Dreamland" is good for the soul. Get a ticket to ride now!