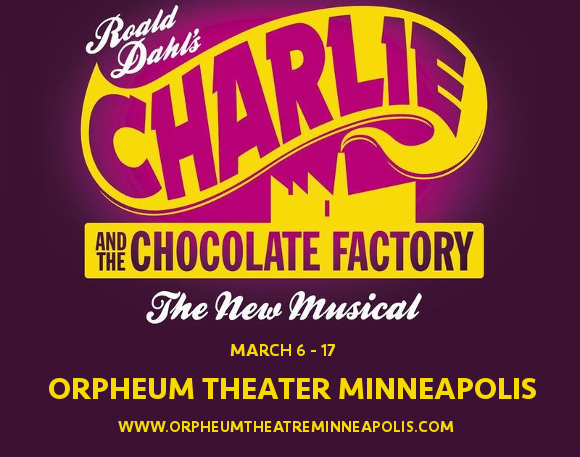 The classic musical is back – that’s right, Charlie And The Chocolate Factory returns to the stage in an all-new Broadway production!! Based off the novel by Roald Dahl, Charlie And The Chocolate Factory will transport you and your family to Willy Wonka’s magical world full of candy, adventure, excitement – and a just dash of madness. Join Charlie and the rest at the Orpheum Theatre with a revival of the show by Jack O’Brien – your kids will love it!! Early booking is recommended for the best seats – choose your show from the list below. 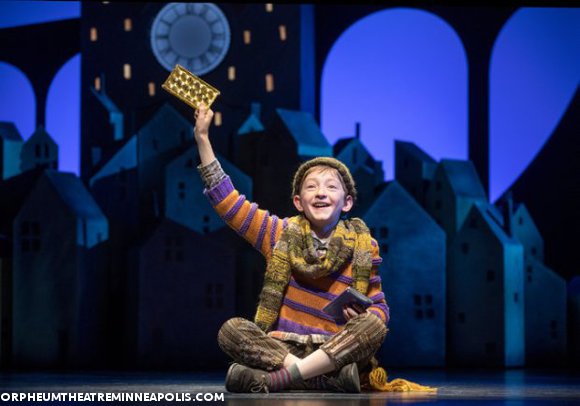 Based off Roald Dahl’s children’s novel, Charlie And The Chocolate Factory follows the story of Charlie, a poverty-stricken, candy-loving child with financially struggling parents trying to keep a family of four grandparents, each other, and their son fed. When the local chocolate factory releases a series of “Golden Tickets,” hidden inside chocolate bars, Charlie finally gets his chance to visit the place of his dreams, along with four other children. Led on a tour around the factory by the delightfully eccentric Willy Wonka, the visit turns out to be much more than it at first seems, as each of the four spoilt children, pushed by their own selfish desires, meets a sticky end along the journey, leaving a special ending for Charlie alone.

Roald Dahl’s appeal has always been greatest in his ability to create the most wonderfully charming stories with a twist of darkness that will thrill and delight adults and children alike. The first act of Charlie And The Chocolate Factory illustrates Charlie’s circumstances in an all-too-real depiction of poverty in the depths of winter. Written with warmth, the family-centered script gives the precocious child actor playing Charlie plenty of opportunity to establish himself as a tiny hero audiences will root for. The gritty reality portrayed here melts away after the interval, however. After a strongly grounded beginning, the musical really takes off and the wild imagination of Roald Dahl is brought to life by each of the ingenious minds behind the musical, each bringing their unique creative touches to the set in a way that lets the story shine like never before. 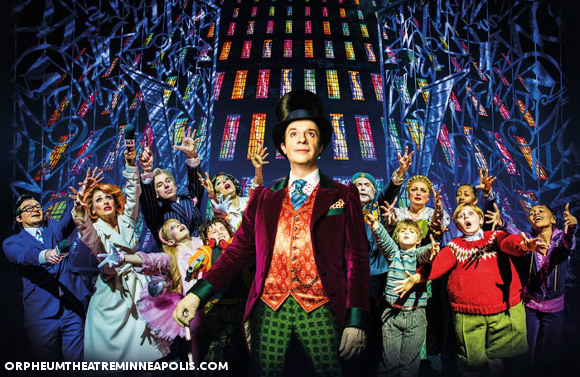 In the second act, expect a turn for the strange within the factory itself, where each of the spoilt children meets their just rewards in weird and just a little frightening ways, spurred on by the devilish Mr. Wonka, who comes across as just a little unhinged – you’re never really quite sure whether Charlie can really trust him until the musical’s closing scene and final heartwarming moments. Uniquely ingenious touches to the musical include the puppetry of the brilliant Basil Twist, who creates the strange tiny Oompa-Loompas, residents and workers within Wonka’s factory. These are moved around the stage via Joshua Bergasse’s flawless choreography, which also shows itself in Veruca Salt’s perilous dance towards the rubbish chute in the famous “Bad Nut” squirrel scene. A brilliant mix of artistry and high-end technology help to realise the truly alien world within Wonka’s factory, from the flowing chocolate river the cast ride across on the pink candy boat to Violet’s remarkable transformation from girl to blueberry, to the flying great glass elevator towards the musical’s finale.

Of course the musical’s strongest selling point is its music. With a set of remarkable songs by lyricist Leslie Bricusse and music by Anthony Newley, you may recognise songs such as “The Candy Man,” and “Pure Imagination,” from the 1971 film, along with new songs created specifically for the live musical adaption. Catchy and fun, they’ll be stuck in your head for days!

Winning two Laurence Olivier Awards in 2014, the new Broadway revival was nominated for several more awards, winning the Drama Desk Award for Outstanding Puppet Design. With a brilliant cast, including the spectacular Willy Wonka and excellent performances from the children, stunning set design and special effects, and of course memorable songs including “Candy Man,” “Pure Imagination,” and hilarious adaptions such as “Veruca’s Nutcracker Sweet,” Charlie And The Chocolate Factory is a delightfully sweet treat for the whole family that isn’t lacking in wholesomeness either. Don’t miss out – book your tickets to see the timeless classic brought to life in an all-new stage adaption.